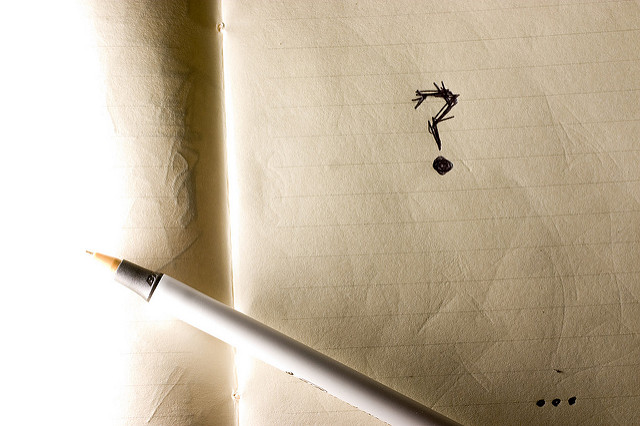 If you’ve known us for five years or more, you may have been surprised when I started this blog and said that Erin has IBS instead of ulcerative colitis.

That’s because, five years ago in March, Erin was diagnosed with UC…and two years ago, we found out he has IBS instead.

What?  Feeling confused yet?

See, there’s a major difference between IBS and ulcerative colitis.  They’re both painful, both frustrating, both intestinal in nature…but they are very, very different.  One of the most notable differences is that you can actually see UC.  (If you aren’t familiar with IBS vs. Inflammatory Bowel Disease – like UC or Crohn’s – I strongly encourage you to read this article.)

So now you’re probably asking yourself: how did the doctor get those two confused?  Let me just back up and give you Erin’s story.

In January 2013, my husband got a sinus infection.

…(Hang with me.  This isn’t nearly as random as it sounds.)…

So, like I said, he had a sinus infection.  Of course he went to the doctor, got a round of antibiotics, and when it hadn’t fully gone away after two weeks, he got another round in February.

Have you ever heard of Clostridium Difficile (also known as C-Diff)?  If you haven’t, it’s a bacterium in the intestines that can make you really, really sick to your stomach…for a long time.  And it can become active from taking too many antibiotics (among other things).  The milder cases cause diarrhea and stomach pain; the severe ones are life-threatening.

Lucky for us, he had a severe case.

Of course we didn’t know that for awhile.  About four weeks and 25 pounds down from the initial illness, he had gone through a very similar gamut of testing as me (blood work, stool samples, etc.).  Although a C-Diff diagnosis was there, he was so ill and losing so much weight so quickly that the doctor decided to go ahead and do a colonoscopy.  To our dismay, Erin came out of it with what appeared to be UC (at least to our doctor at the time).  We had never seen a UC colon and his intestines certainly didn’t look good, so of course, we went with what the doctor told us.

Fast forward through three years of special diet, UC medicines, and regularly getting sick, and Erin had another sinus infection that just wouldn’t go away.  Our general physician understandably veered away from antibiotics as much as possible, but it had to be done – another round.  And three days in, Erin started showing symptoms of C. Diff again.

Needless to say every person involved was terrified.

But he did all the tests, and everything came back ok.  So what was going on?

Our GP decided to send Erin to a different gastroenterologist this time (the same one who I now go to as well), and after looking at Erin’s records and current symptoms…

He gave Erin a diagnosis of IBS, and the antibiotics had caused a significant flare.  (That’s a long story short, by the way.)

We were so confused!  How do you mix up those two very different illnesses?  And although the doctor agreed with those statements, apparently C. Diff can sometimes cause an ulcerative-colitis-ish appearance in the colon.  Hence the misdiagnosis.  Supposedly.  Thanks, previous doctor.

Our new gastro-doc gave Erin some new medicine, this time for the correct diagnosis, and what do you know?!  They worked much better!  He still got sick at times (after all, there is no cure for IBS), but they helped a lot over the next two years.  But until I got sick, we didn’t know how much his diet was still affecting him.  (This is where that low-FODMAP diet starts to come in, y’all.)

***Like what you’ve read so far?  Feel free to share on social media!  Follow IBS Takes Guts for more posts soon to come with tips and tricks for living well with IBS/PI-IBS, featuring low-FODMAP recipes!***